PHILADELPHIA – As mRNA-based SARS-CoV-2 vaccines are deployed to protect hundreds of millions of people around the world and lead the way to end the deadly global COVID-19 pandemic , University of Pennsylvania scientists whose prescient discovery scientific effort laid the foundation for rapid vaccine development were awarded the 2021 Lasker ~ DeBakey Clinical Medical Research Award.

Innovators of messenger RNA Drew Weissman, MD, PhD, the Roberts family professor of vaccine research at Penn’s Perelman School of Medicine, and Katalin Kariko, PhD, assistant professor of neurosurgery at Penn and senior vice president of BioNTech, are honored with what is widely regarded as the best biomedical research award in the United States for the discovery of a therapeutic technology based on the modification of the MRNA which makes it remarkably safe and efficient.

The global impact and recognition of Weissman and KarikÃ³’s work originates in their years of research together at the University of Pennsylvania to study mRNA as a potential therapy. Their groundbreaking study published in 2005 discovered that their concept, which brought new hope to an area plagued by skepticism and false starts, could be a reality: this mRNA could be modified and then delivered effectively into the body to initiate a protective immune response. Their method of turning cells into factories that can temporarily produce proteins that serve as therapeutic compounds or stimulate the body’s immune system to attack a specific pathogen also minimizes harmful inflammatory responses.

This platform paved the way for the rapid development and deployment of mRNA vaccines to fight COVID-19 when the virus exploded across the world in early 2020. Pfizer / BioNTech and Moderna both licensed the technology from the University of Pennsylvania which is used in their COVID-19. vaccines, of which 370 million combined doses have been administered in the United States alone. The Pfizer-BioNTech vaccine is deployed in 126 countries and 71 countries use the Moderna vaccine.

“Dr. Weissman and Dr. Kariko’s visionary research and perseverance in unleashing the power of mRNA as a therapeutic platform established Penn and Philadelphia as the birthplace of mRNA vaccines, and provided us with the blueprint for ‘a future in which we can fight infectious diseases, and genetic diseases that cannot be cured, from herpes and malaria to sickle cell disease and cancer,’ said J. Larry Jameson, MD, Ph.D., University of Pennsylvania executive vice president for the health system and dean of the Perelman School of Medicine. â€œFrom the challenges and losses sown by the COVID-19 pandemic, their groundbreaking findings have emerged and allow us to glimpse a brighter future for so many areas of medicine. “

For 75 years, the Lasker Awards have recognized the contributions of leaders who make major advances in the understanding, diagnosis, treatment, cure or prevention of human disease. The Weissman and KarikÃ³ awards, which between them include honoraria of $ 250,000, were announced today in a virtual ceremony by the Lasker Foundation. Past Lasker Prize winners include Jonas E. Salk for inventing the polio vaccine and Anthony Fauci for designing government programs to tackle the problems of HIV and biodefense. Weissman has completed his fellowship in immunology at the National Institute of Allergies and Infectious Diseases, in the service of Fauci’s laboratory.

Seven former Penn Medicine faculty members received Lasker Awards, for their achievements, including the development of cognitive behavioral therapy, vaccines against pneumonia and meningitis, and the first discovery of a genetic cause of cancer. , the so-called Philadelphia chromosome.

â€œAs a physician-researcher, you hope your work will one day have a positive impact on real people, and it was more than exciting to see that happen,â€ Weissman said. â€œBut now I’m very happy to team up with colleagues to explore what mRNA vaccines can do. We are working on malaria with people in the United States and Africa and leptospirosis with people in Southeast Asia. We are working on peanut allergy vaccines. All this requires collaboration. We find the best people in the world and ask them, ‘Do you want to collaborate on making this vaccine?‘” 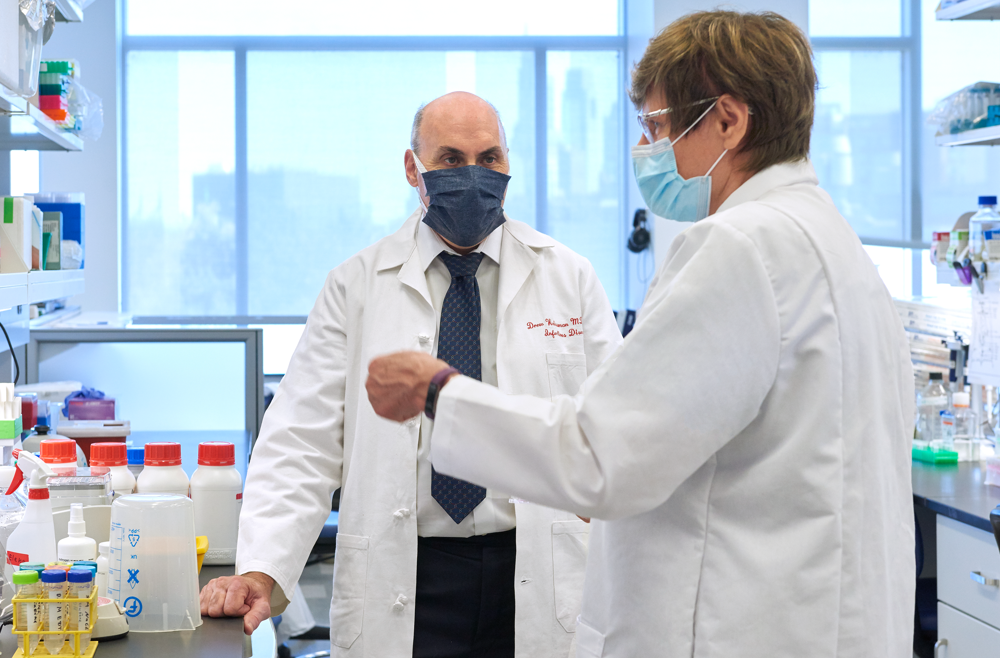 KarikÃ³ also collaborates with fellow scientists on new discoveries, comparing research to the thrill of watching a complex detective story unfold. “So many puzzling things about RNA that I find very, very exciting” Kariko said. “And I’m so happy that it has finally helped humanity. Of her collaborations with Weissman, she added, â€œSometimes we would ask a question and do an experiment. And of course, instead of the answer, we got 100 more questions. It was very nice. I want to stress that being a scientist is a joy.

Weissman and KarikÃ³ received multiple national and international distinctions this year, including the Princess of Asturias Prize, the Albany Medical Center Award in Medicine and Biomedical Research and the Breakthrough Award.

Editor’s Note: The Pfizer / BioNTech and Moderna COVID-19 mRNA vaccines both use technology licensed from the University of Pennsylvania. As a result of these licensing relationships, Penn, Dr Weissman and Dr KarikÃ³ have received and may continue to receive significant financial benefits in the future based on the sale of these products. BioNTech is funding Dr. Weissman’s research into the development of additional vaccines against infectious diseases.

Penn Medicine is one of the world’s leading academic medical centers, dedicated to the related missions of medical education, biomedical research and excellence in patient care. Penn Medicine consists of Raymond and Ruth Perelman School of Medicine at the University of Pennsylvania (founded in 1765 as the country’s first medical school) and the University of Pennsylvania Health System, which together form an $ 8.9 billion company.

The Perelman School of Medicine has been ranked among the top medical schools in the United States for more than 20 years, according to the US News & World Report survey of research-driven medical schools. The school is consistently among the top recipients of funding from the National Institutes of Health, with $ 496 million awarded in fiscal year 2020.

Patient care facilities in the University of Pennsylvania Health System include: University of Pennsylvania Hospital and Penn Presbyterian Medical Center, which is recognized as one of the nation’s top hospitals by US News & World Report: Chester County Hospital; Lancaster General Health; Penn Medicine Princeton Health; and Pennsylvania Hospital, the country’s first hospital, founded in 1751. Other facilities and businesses include Good Shepherd Penn Partners, Penn Medicine at Home, Lancaster Behavioral Health Hospital, and Princeton House Behavioral Health, among others.

Penn Medicine is backed by a talented and dedicated workforce of more than 44,000 people. The organization has also forged alliances with top community health systems in southeastern Pennsylvania and southern New Jersey, creating more options for patients no matter where they live.

Penn Medicine is committed to improving lives and health through a variety of community programs and activities. In fiscal 2020, Penn Medicine provided over $ 563 million to benefit our community.