DiVincenzo led a lively celebration to pay homage to the rich culture and traditions of American residents who find their roots in the Spanish-speaking countries of Europe, Central America, South America and the Caribbean.

During the program, DiVincenzo presented the 2021 County Essex Estrella del Condado Awards (Essex County Stars) to Dr. Hortensia Kelly, Newark Board of Education Physician, New Jersey State Medical Consultant and President of Medical Services for Dr. Hortensia Kelly. LLC, and Raul Malave, Deputy Director of Public Safety for the City of Newark, for their commitment to improving the lives of all residents, their leadership and their dedication to public service.

Reverend Pablo Pizarro, pastor of Temple Rock Church in Newark, delivered the invocation of the program. The Arts High School Latin Band provided entertainment under the direction of Kennis Fairfax.

“We are honored to recognize Dr. Hortensia Kelly and Raul Malave for their commitment to improving the lives of all residents, their leadership and their dedication to public service,” said DiVincenzo.

“Our cultural celebrations allow us to honor and recognize the diversity of Essex County and to discover the heritage of our constituents,” he noted.

Raul Malave, originally from the North Newark neighborhood, knew he was destined to become a public safety official when, at the age of 7, the family home on Summer Avenue caught fire.

He was amazed by the well-coordinated efforts and dedication of the police and firefighters.

As the firefighters did not immediately call him, Malave applied for the police position. But in 1995, his dream came true when he received the call to become one of “Newark’s bravest”. 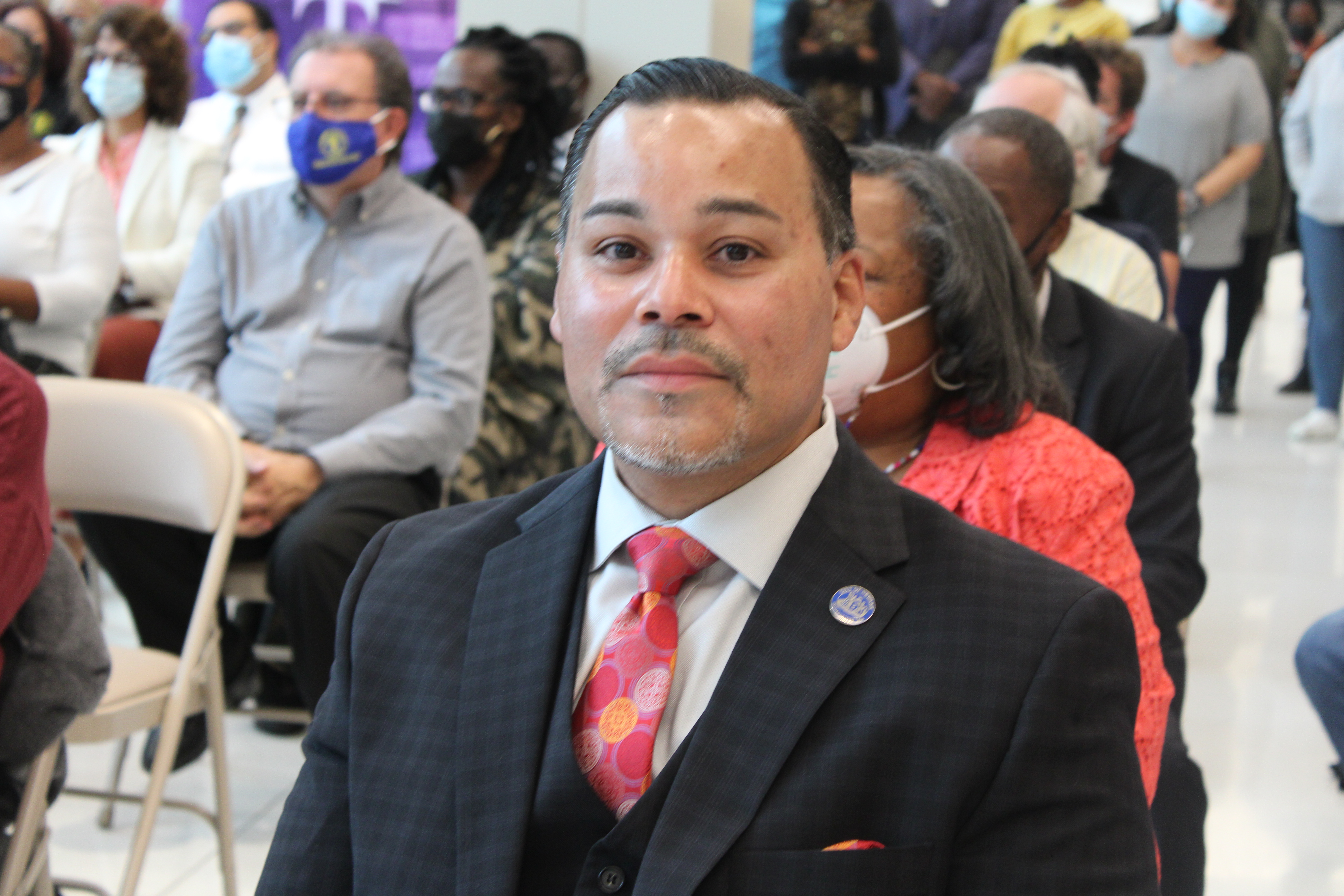 Over the years, he rose through the ranks, from rookie firefighter to fire captain. In November 2010, he became the first Hispanic Battalion Chief of the Newark Fire Department.

He was also the general manager of the offices of the fire director and the fire chief.

There he became adept in managing the administrative affairs of the agency, encompassing budget preparation, recruitment, training and discipline, short and long term strategic planning, acquisition of devices and d equipment and community outreach programs.

In September 2016, Malave was promoted to the rank of Deputy Chief, again becoming the first Hispanic to hold that rank in the history of the department.

In January 2016, Malave was appointed deputy director of the Newark Department of Public Safety. In this role, he helps provide executive oversight of the Police Division, the Fire Division, and the Office of Emergency Management and Homeland Security. 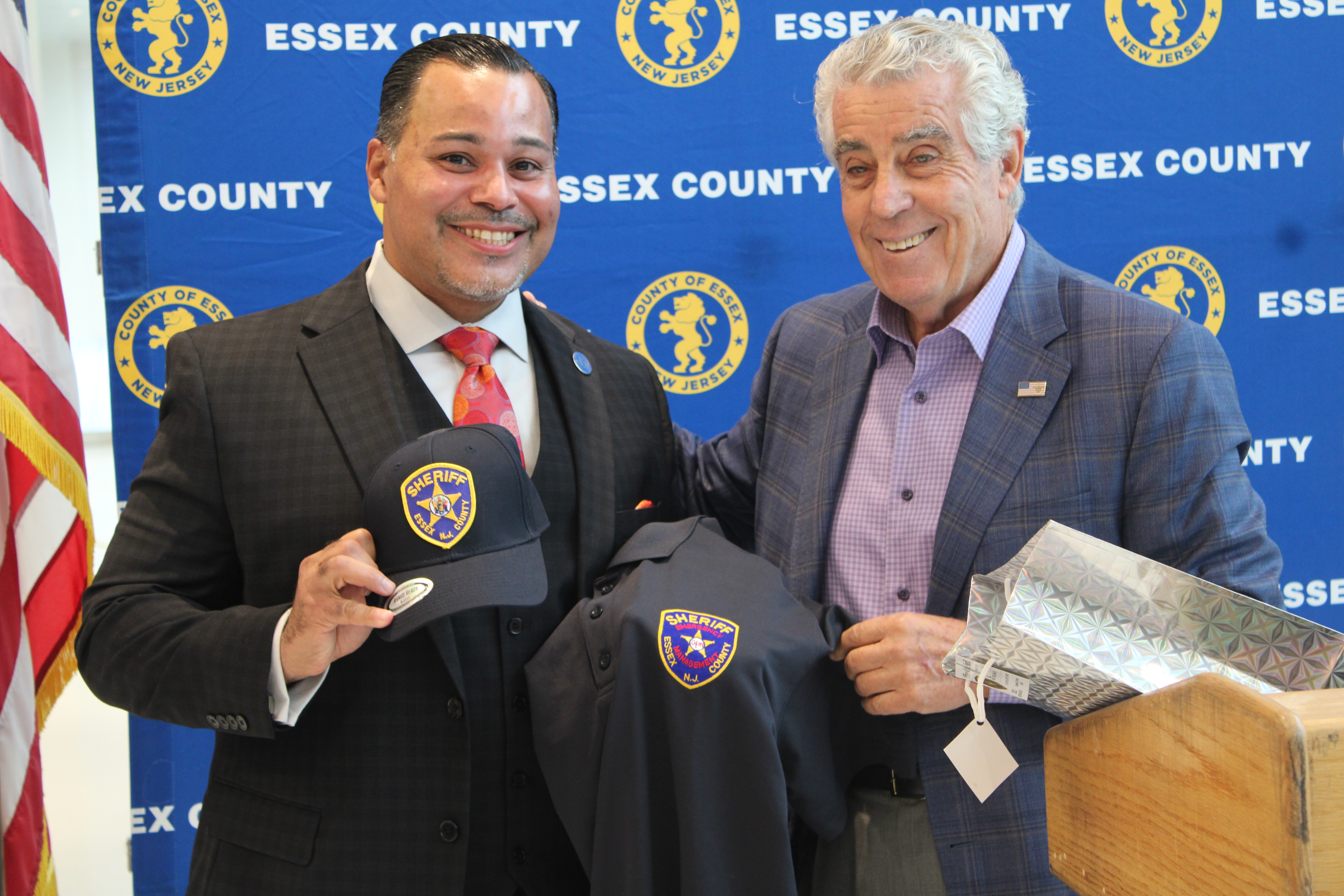 Under the then leadership of Director Anthony F. Ambrose, and now Director of Public Safety Brian A. O’Hara, Malave applied his experience and vision to the implementation of shared services across the department. by leveraging best practices from all three disciplines, thereby creating greater efficiency and enhancing the continued success of the ministry.

At the end of April 2020, Mayor Ras J. Baraka entrusted Malave with the development and supervision of the entire city of 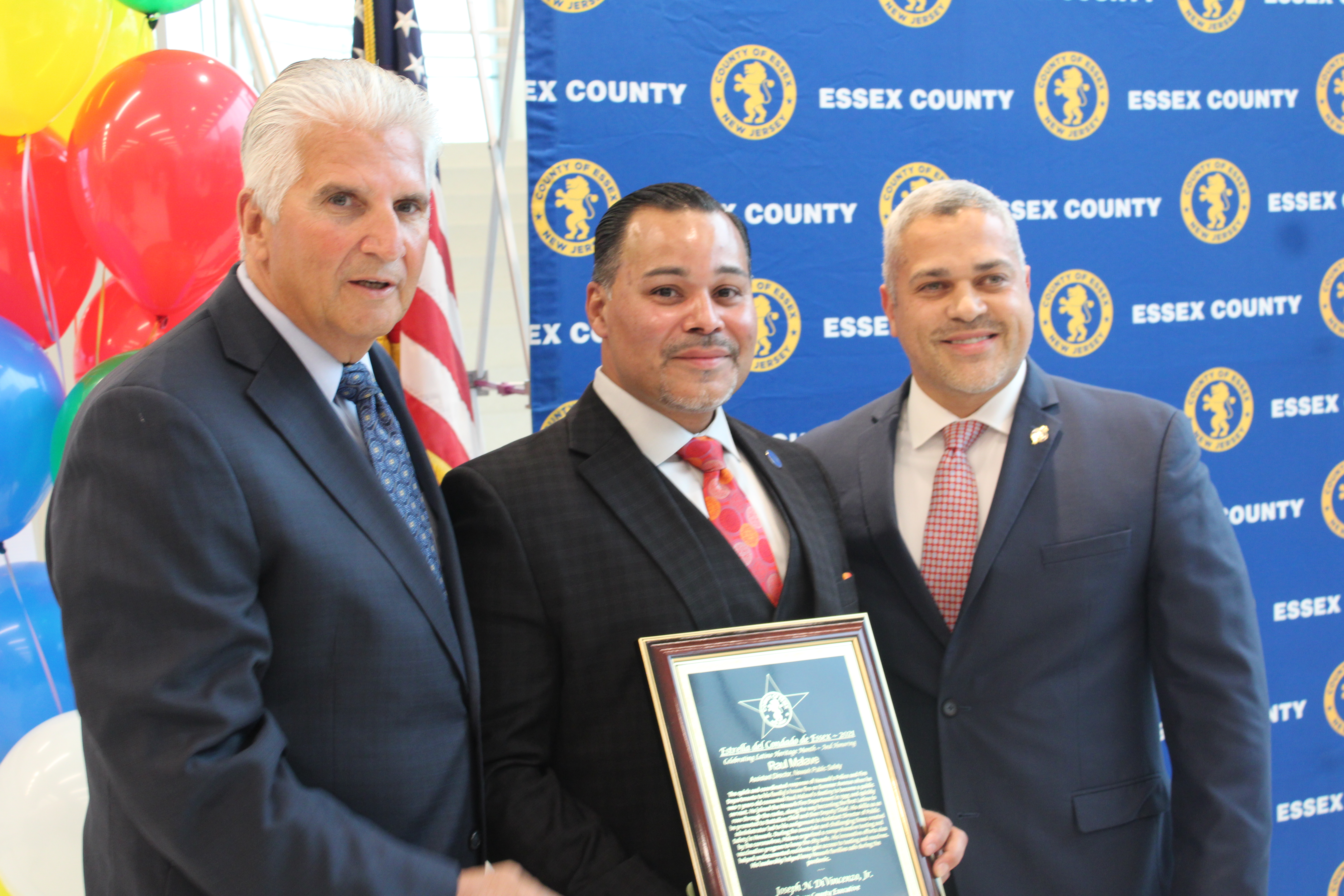 To date, more than 3,500 Newark residents have obtained city ID cards through this remote station, and more than 350,000 tests have been administered through the city’s Covid-19 test sites.

When the number of residents seeking vaccines began to decline, Malave, along with his partner’s assistant, created a contextual vaccination program that alternated the locations of vaccination sites in the five neighborhoods.

To date, the city has administered more than 30,000 vaccines to Newark residents.

Dr. Hortensia Kelly was born in Cuba, where she began her journey in medicine before immigrating to the United States.

Her family moved to Newark, where she worked as an assistant pharmacist while attending Barringer High School.

Dr Kelly continued his passion for medicine and its impact on culture and societal development by completing a double major in Anthropology and Biology from Rutgers University while doing an internship as a medical research assistant for the New Jersey University of Medicine and Dentistry. 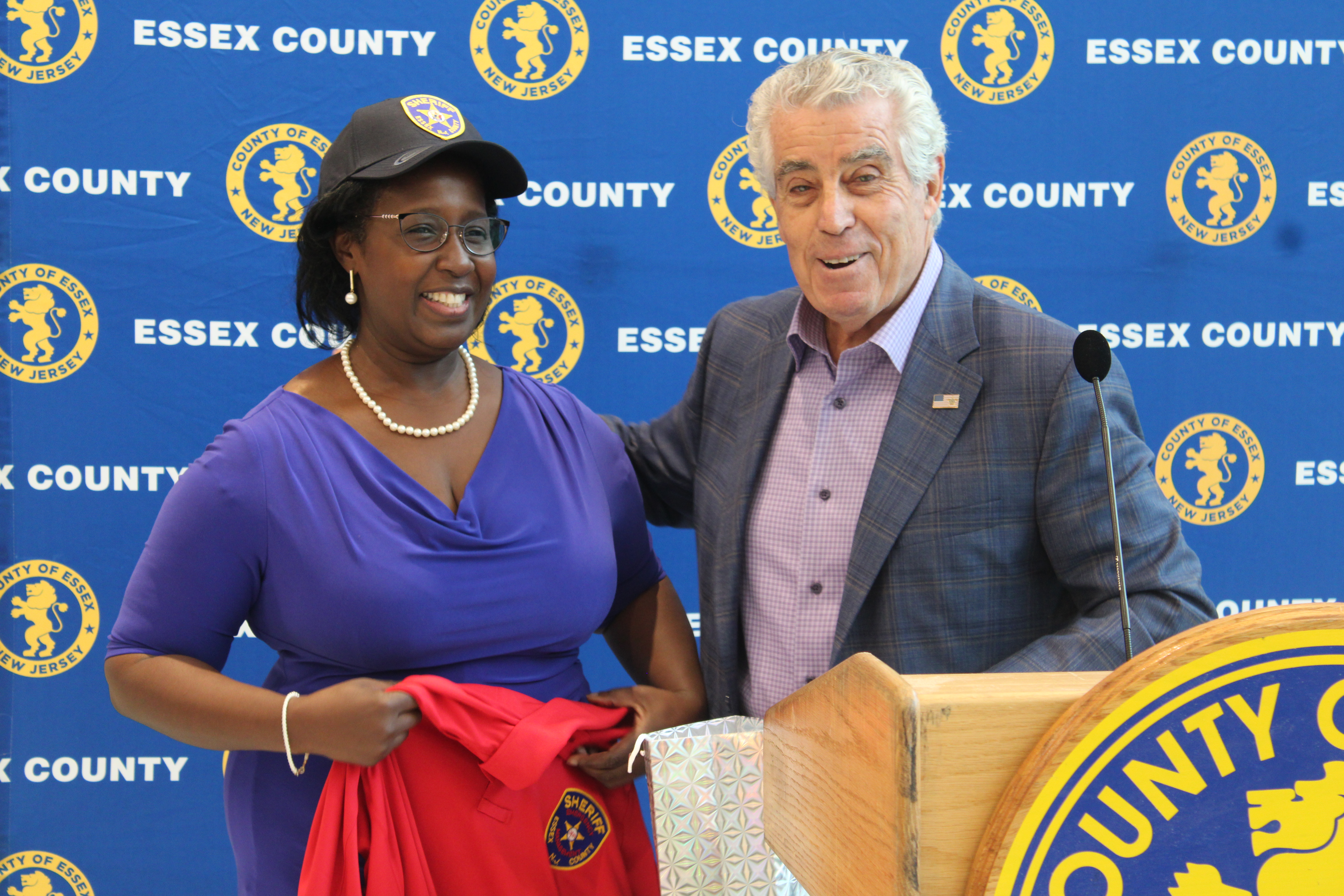 His experiences as a resident physician in internal and family medicine have been gained at various Essex County hospitals including Newark Beth Israel, Hackensack Meridian-Mountainside, UMDNJ and St. Barnabas Medical Center Livingston; Barnet Hospital in Paterson and St. Barnabas Hospital in the Bronx, New York.

In 2008, Dr. Kelly completed her educational journey and began practicing as a family physician for her Alma Mater at Rutgers University.

She became the medical director of the Bergen County Prison Health Services Department, where she developed and implemented policies and procedures and oversaw all training and continuing education for the county prison health staff.

Dr. Kelly worked as one of the few bilingual medical consultants for the New Jersey State Office of Disability Benefits while balancing the responsibilities of his private practice located in Newark.

Newark Mayor Ras J. Baraka allowed her to serve Newark residents as the medical director of the Mary Eliza Mahoney Health Center during the height of the Covid-19 pandemic. 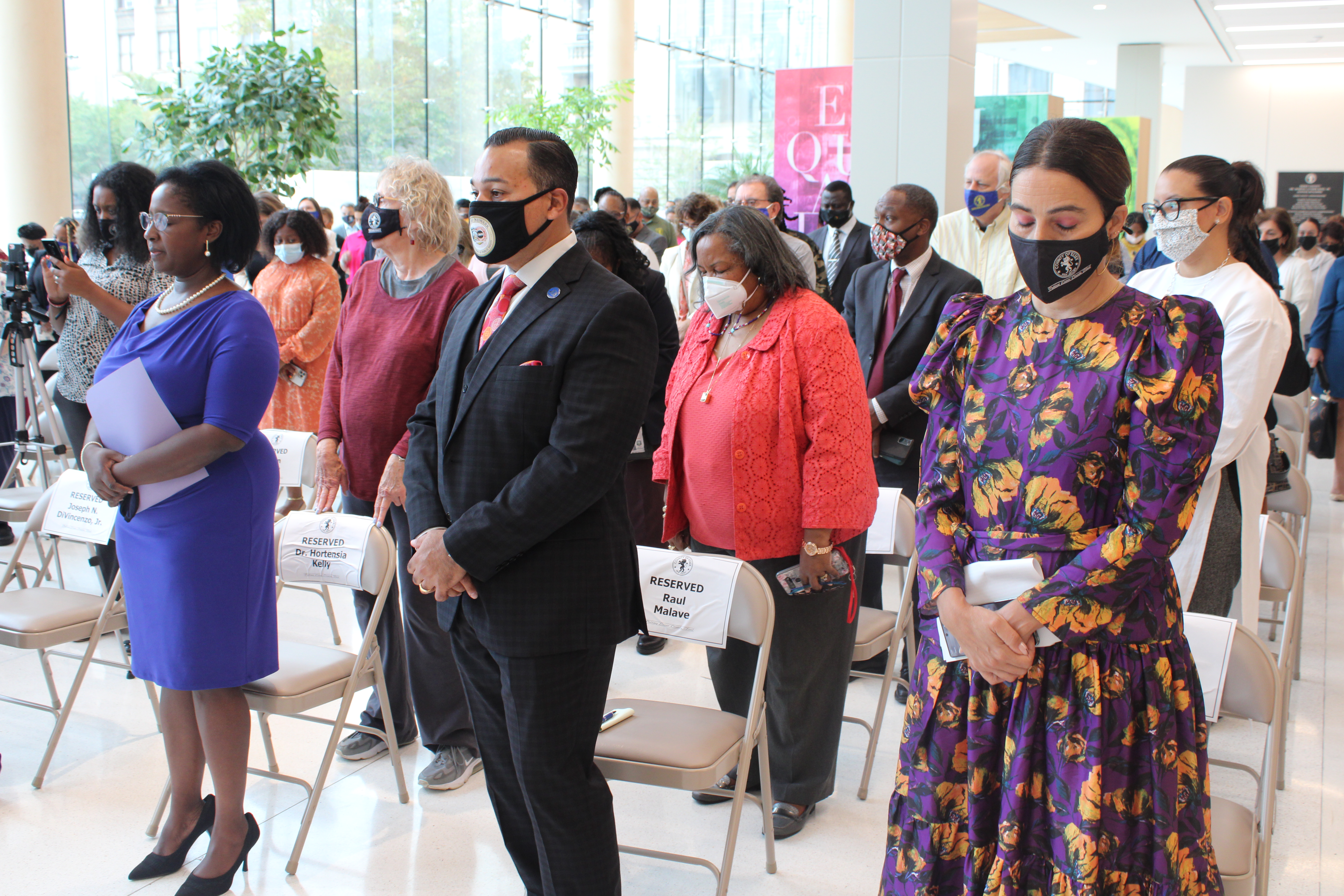 In this role, she implemented Covid-19 vaccination and testing protocols for the city of Newark and coordinated the ongoing delivery of medical services to the city’s pediatric population, pregnant women, homebound patients. , low-income people, people with no income and / or no address.

Over the years, she has brought her passion for holistic approaches to medicine internationally by participating in various medical missions in South America, the Caribbean, India and Africa, including the Dominican Republic, Haiti. and Ghana.

She has been recognized for her work and service in Newark by many Hispanic organizations in Essex County. She was named International Doctor of the Year, Professional of the Year by the Hispanic Women Society and is an active member of the NAACP.

She is one of the few doctors in Essex County to practice addiction medicine recovery in private practice. Dr. Kelly strives to encourage his patients to achieve optimal well-being through nutritional means and lifestyle modifications.

The celebration of Latino Heritage Month is part of a year-long cultural series created by County Director DiVincenzo to showcase the diversity of Essex County.